Posted by aroundtheredmap on December 5, 2012 in Uncategorized

I’ve decided to design my own front cover for my upcoming novel entitled A Straight Path. And I’m learning to see if I have the artistic creativity to do so. I decided on designing my own first as I’m a bit of a control freak and I also like to try everything myself on the road to publication. That extends to the design of the book cover. I’ve played around with several designs, and feel now is the time to ask for further opinions on it.

So what do you think?

The background to the story….

A story of human resilience, love and war.

In 1857, India is on the cusp of Mutiny.  Anne, a wife and mother seemingly content with her lot in life, harbours a deep secret; a lover. With the outbreak of the Mutiny, Anne’s ordered life is thrown into chaos, her secrets are in jeopardy and the entire subcontinent threatens to collapse. The Mutiny spreads through India like wild-fire. In Meerut, on the eve of Mutiny, Karim an idealistic soldier, is fighting against the British for personal and national retribution. Both lives are worlds apart, but neither can escape the path that Mutiny has set for them. 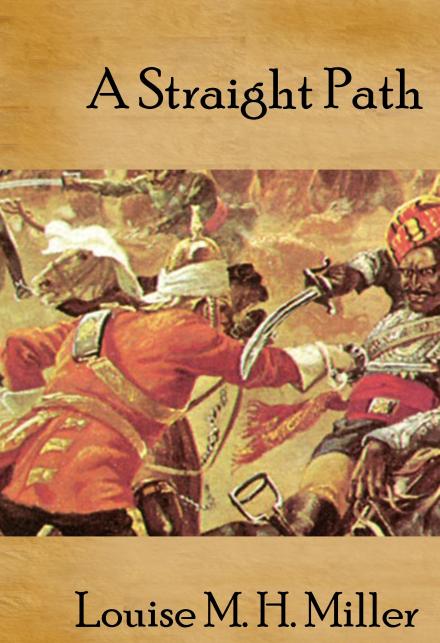 ← How to…edit
The hardest question…. →

3 comments on “Drafting my front cover”