Posted by aroundtheredmap on May 16, 2014 in Uncategorized

So…here in the UK apparently we’re starting sentences, often pointlessly, with the word ‘so’.

So, why are we doing that? [Intentional] We’re using it as both a ‘filler’ between sentences very much like ‘erm’, as a filling word to allow us the few precious seconds which enable us to think what we’re going to say next. We’re also using it as a starting point to our next point. Academics and professors have just it for years as a sort of ‘here’s a big and important point/theory coming up so pay attention’, which some have found to be slightly patronising.

But more than this the increasing use of the word ‘so’ in particular is born simply out of habit. You get used to saying this word as a sentence starter and therefore keep using it (or in fact any word in particular). And you probably use it more than you think you do. I don’t think I use ‘so’ that much, I’m more of a user of ‘Yeah…’ to start my sentences – don’t ask me why, it’s a habit that I find extremely annoying and I’m trying to fix. (I think it must be when I continue the conversation on in my head when there’s been a lull in the conversation, and then add another point beginning, ‘Yeah…’. My habit seems to be more of a continuation of the whole conversation, rather than pointing out and drawing attention to a new topic/theory/or strand of the same conversation.)

But obviously we use the word ‘so’ enough for it to be picked up on and talked about. And the primary thing is, that it’s okay to use the word, even at the beginning of the sentence like we are doing, but really its the frequency with which we use ‘so…..’ where the “problem” arises. It’s not so much a “problem”, but more of an annoyance, especially with so many other words in our wonderfully dynamic language to use. 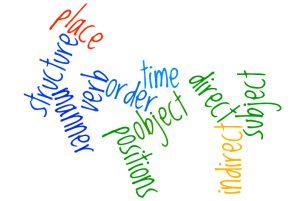 But this is really just in speech, you certainly wouldn’t write this in prose in fiction. But it is an interesting development in the ever-changing, ever adapting use of language, and something writers should be aware of when writing dialogue set in the present day – obviously it’ll be more difficult to find out if something of this kind was used in say, the Victorian age, or in the age of the Civil War, because it is in fluid speech and does not feature in written historical documents on which we rely on when we conduct research.

So……I’ll be keeping track today of if I say ‘so…’ and how many times if I do. And I’ll be listening out for others around me too.

Are you a culprit of this? Or do you use another word as a ‘filler’?

← Happy Retirement
Back it up! →